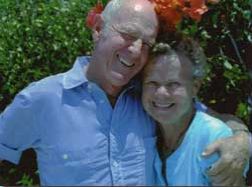 Dave and Phoebe Gale of Hopetown, Abaco have been named winners of the Lifetime Achievement Award for the 15th Cacique Awards. The Gales were awarded the prestigious Clement Maynard Lifetime Achievement Award over 16 others who were named as finalists. The Cacique Awards are awarded to Bahamians who have made significant contributions to the quality development of Bahamian tourism.

The Gales opened some of Abaco’s early hotels and have been instrumental in the preservation of the last three hand-wound lighthouses in the world as the creator of the Bahamas Lighthouse Preservation Society.  The Abaco couple moved to the Bahamas in 1954 and and later became Bahamian citizens. The Gales started out in the hotel business in Abaco on Parrot Cay and later opened Island Marine renting out small boats and cottages to visitors of the Abaco’s. 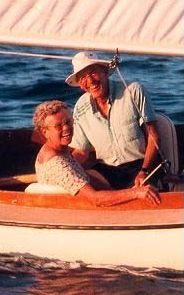 Dave Gale has also written two books on Abaco, Ready About: Voyages of Life in the Abaco Cays and Below Another Sky: A Bahama Memoir more information at www.davegalebooks.com

Background on the award from the Caciqueawards.com:

Purpose
The purpose of the Cacique Awards is to recognize the role played by those individuals and organizations whose performance or products have consistently made a positive impact on the quality and growth of Bahamas tourism. The Cacique Awards have an illustrious foundation in the National Tourism Achievement Awards.

History:
The name “Cacique” was chosen for the new tourism leadership awards to honour the Lucayans, the first Bahamians, and to keep them in memory, even though their physical presence was lost to us so many years ago. The leader of a Lucayan community was called the “Cacique”. As the supreme figure of authority, he would administer justice, resolve disputes, issue decrees, receive visitors in much the same way as a leader in our sphere would do today. The sue of the name “cacique” also pays tribute to the generosity of the original inhabitants of The Bahamas, who greeted the first European visitors with great warmth. It shows that the tradition of hospitality is being perpetuated.

Welcome to our blog, we are always interested in your feedback please don't hesitate to comment on our posts or email us at webbyatmyabaco.net (replace at with @ symbol).

If you have photos or a story about your experiences in Abaco, send them our way, we will be glad to post them for you. Thanks for Looking!