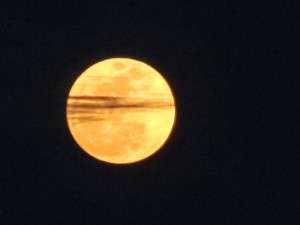 I took some Super Moon shots from our beach back home in Perdido Key and I though you might like to view some of them.

A few words to explain the super moon….

The Super Moon on 5-5-2012 will he the largest  moon of 2012.  In the simplest terms, the moon will be up to 14 percent bigger and 30 percent brighter than the other full moons of 2012, according to NASA. That’s because it will reach “perigee”, its closest point to Earth in its elliptical orbit, at 11:34 p.m. ET and become full just a minute later.

Most of my pics were shot during the moon rise over the Gulf of Mexico but I have included some shots from 11pm CDT just after the  perigree occurred.

As a rule perigee moons typically  happen one time a year, if you remember the Super Moon that we had last year on March 19, 2011, was by comparison nearly 250 miles closer than this week’s moon.  I will post a link to last year photo’s below.

I hope you guys like my photo’s, I thought Webby would like having a set on the site…..

Welcome to our blog, we are always interested in your feedback please don't hesitate to comment on our posts or email us at webbyatmyabaco.net (replace at with @ symbol).

If you have photos or a story about your experiences in Abaco, send them our way, we will be glad to post them for you. Thanks for Looking!